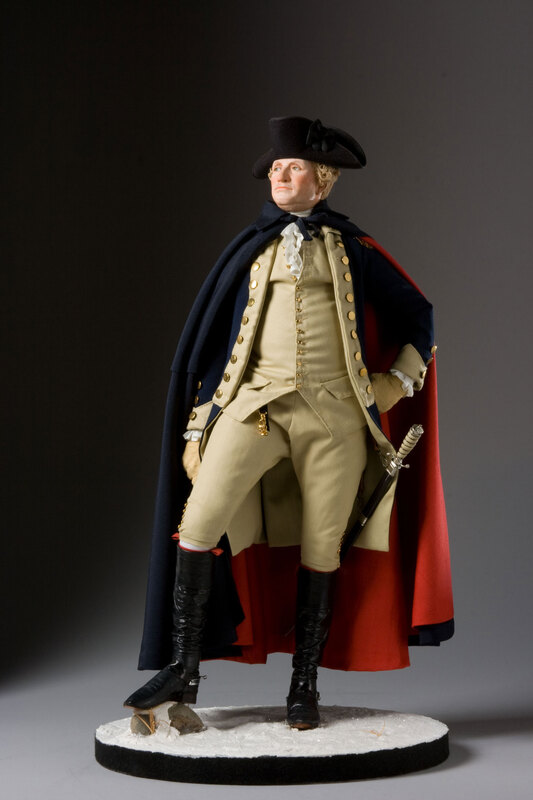 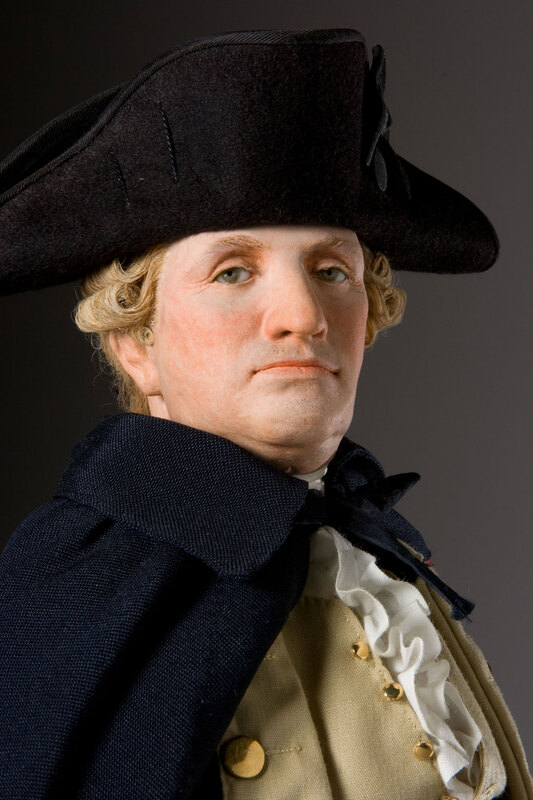 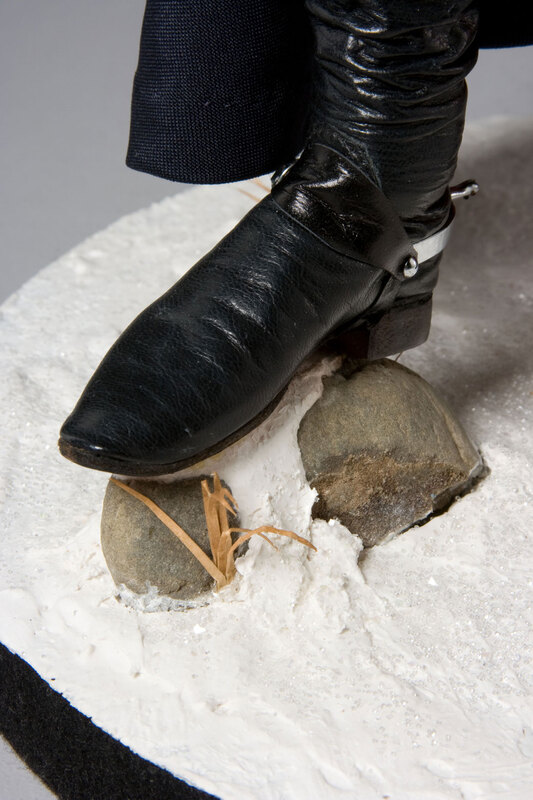 George Washington (c. 1775), received his early military training as an officer in the colonial militia and saw action in the French and Indian Wars. When the united colonies searched for a military leader, Washington was an easy choice. Named Commander in Chief of the Continental forces in 1775, he led the ragged army to a difficult victory with the aid of the French.

Washington's military accomplishments and steady demeanor later led to his election as President. He and his wife Martha gave their adult lives to serving the colonies and the fledgling cause. The battle sword is now in the Smithsonian.