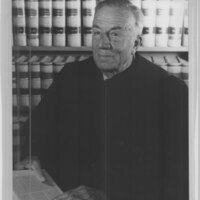 Upper torso portrait of Honorable William A. Free, turned slightly toward the right. He is dressed in a judicial robe. He is holding open a law book and sitting in front of shelves of law books.

According to library records: "He was appointed… 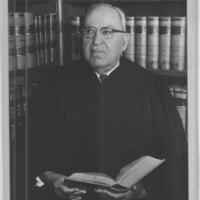 Oversize upper torso portrait of Honorable Charles F. Blackstock in Judges Robe. He was appointed as Judge of the Superior Court on May 21, 1946. He retired November 1, 1959. Judge Blackstock is holding a open law book and is sitting in front of a… 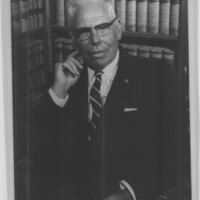 Upper torso portrait of Honorable Louis C. Drapeau. Judge Drapeau is in a suit, right hand against chin in front of shelf of law books. 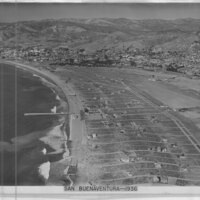 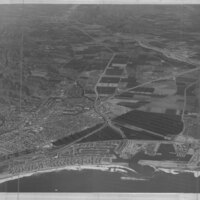 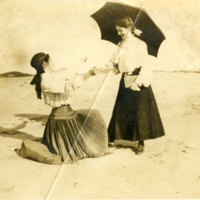 "Eloquent pleading on the beach on a Sunday afternoon in Ventura." Two women at the beach--one is on her right knee looking up and the other is holding an umbrella and a book. Both of them are smiling at each other. Photo has a crease diagonally… 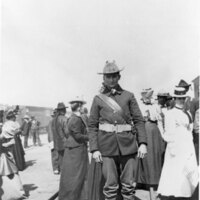 James Crothers and His Horse and Buggy 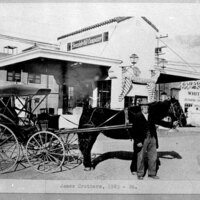 James Crothers looks at the camera while holding his horse and buggy in front of Seaside Oil Company gas station at the corner of California and Santa Clara Streets in Ventura. White Garage is behind him on the right. In the background is a…

A head shot of Jose DeArnaz, he is wearing a suit and tie 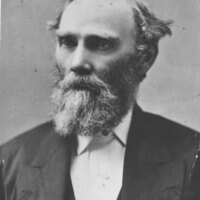 Bust portrait of Henry Lewis, wearing a suit, looking left of the viewer. He has a mustache and beard. Library records indicate he planted the first lima beans in Ventura County. "Henry Lewis of Carpinteria, first grower of lima beans, 1865." 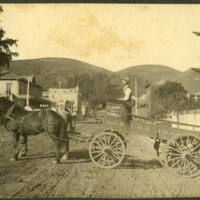 William Quinlan drives a team of horses pulling a transport wagon on California Street in Ventura (it is unpaved). Photo taken between Meta and Santa Clara Streets looking north to the hills. "F.J. Sifford and Ventura Transfer" painted on the wagon.… 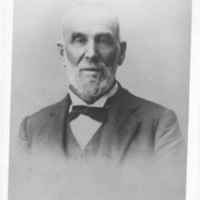 Portrait Captain Robert Sudden, he is wearing a suit and a bow tie and looking straight at the viewer. This portrait was taken later in his life. 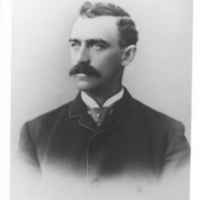 Portrait of Robert C. Sudden. He is wearing a suit and tie and looking to the viewer's left.

Group Portrait with Contraband Outside of County Courthouse 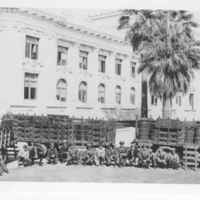 Thirteen men kneel down in front of drums, in front of the Ventura County Courthouse. At least one appears to be in a uniform. Museum records indicate that this was the largest haul of contraband on the Pacific coast. 65 drums of 196 proof alcohol… 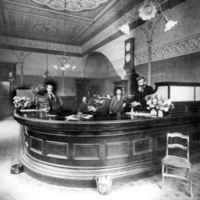 Interior view of the Bank of Ventura. Four men are behind they counter. (L-R): Mr. Foster, Mr. Bernheim, Mr. Walker, and Mr. Chaffee. A lone chair sits in front of the curved counter. 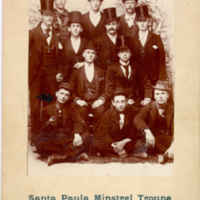 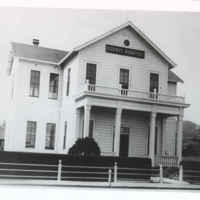 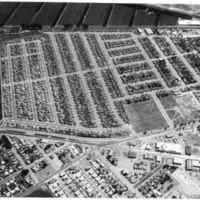 Portrait of Clark Gable holding two lion cubs. He is wearing a turtleneck shirt, sweater and slacks. A building can be seen in the background. He is smiling and looking at the camera. 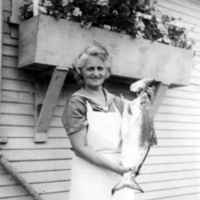 Portrait of Marguerite Welton holding a fish. She is wearing a white apron and is looking at the camera. 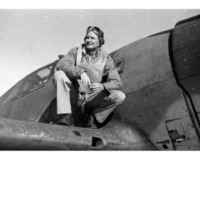 Lt. Edwin Pinkerton perched on wing looking towards viewers left. He is wearing flight goggles perched on his forehead. 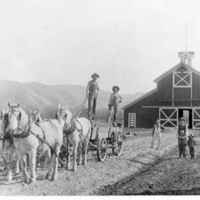 Faulkner red barn shortly after it was built. Elmer Outland with two children, workers, carpenter, and 4 horses pulling a wagon pictured. Two of the men are standing on the wagon. 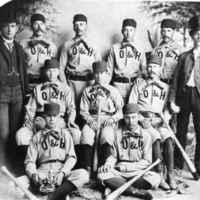 Group photo of a group of nine men wearing baseball uniforms emblazoned with the letters O & H. They are also wearing hats and a necktie of sorts. The five men in front are holding baseball bats. There are two men on the sides not wearing uniforms… 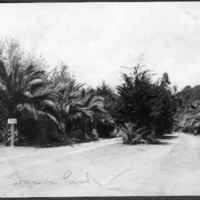